The Residents at Emerson Invite You!

Please Join Us to Celebrate the Ageless Spirit in All of Us! 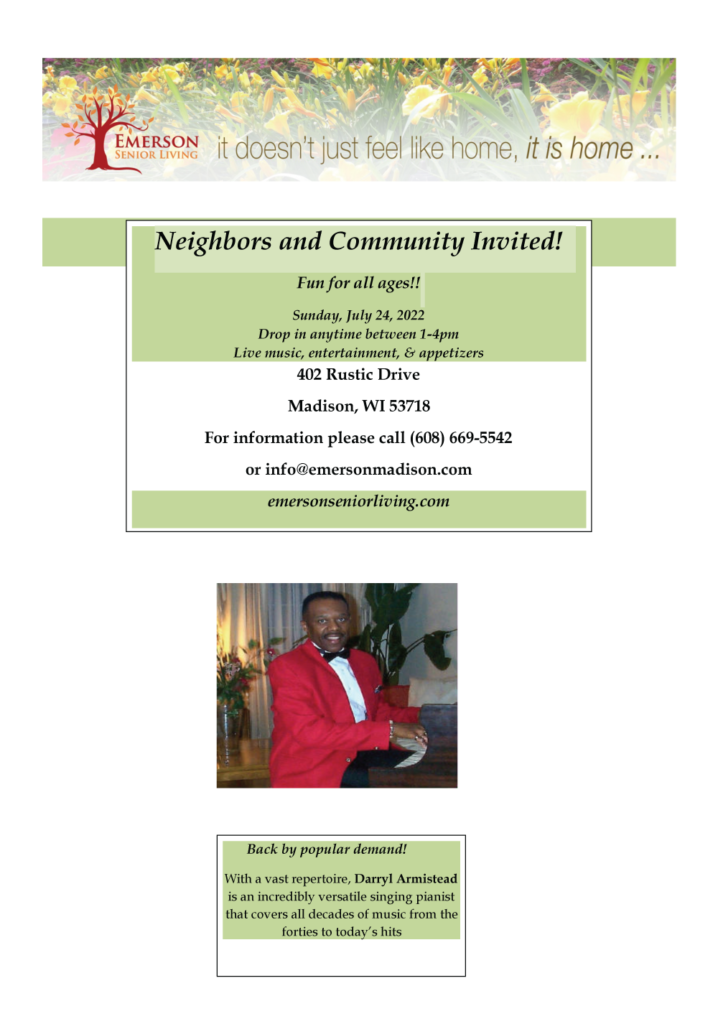 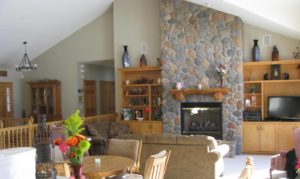 Kate Shaw, MSW ’05, has a great deal of experience working with the elderly. She served as Executive Director of the West Madison Senior Center, was a social worker at Agrace Hospice, and worked with the Dane County Task Force on Aging. While she enjoyed her work and valued the experiences these agencies afforded her, Kate always had a dream. She wanted to develop, own, and operate her own senior living home. 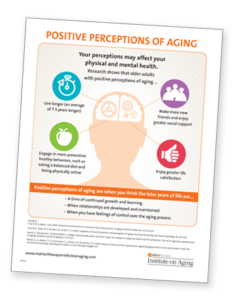 Research shows that older adults who have positive perceptions of aging—viewing their retirement years as a time of continued growth and learning—enjoy multiple health benefits. Now you can see those benefits at a glance in our infographic, available as a free download here.

“We’re lucky if we get to be old, physician and professor believes” 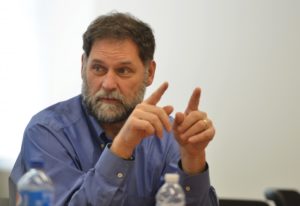 “I have a confession to make,” Bill Thomas announced several months ago at a conference on aging in Oregon. “I am an old man.”

“No, you’re not!” an audience member called out. And isn’t that what we all want to hear as we age? That we don’t look old? That we seem younger than we are?

It’s not what Thomas wants to hear. After more than 20 years of trying to make life better for old people, he believes the correct message is the opposite: That we are lucky if we get to grow old. That there is a “third” phase of life beyond adulthood that can be as rich as either of the phases that came before. 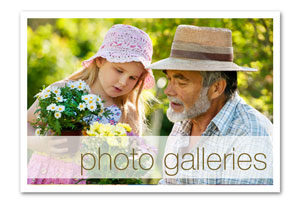 A home where laughter is contagious, the joy of giving is understood, family and friends are always welcome, and the simple pleasures in life are never taken for granted.
Contact us to plan your own visit!